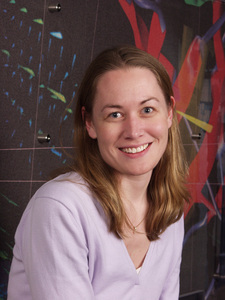 Area of PhD research: This thesis explored the association between individual differences and software user performance. The primary goal was to investigate the relationship between spatial ability and user performance in the context of map software. Two studies were conducted to investigate this goal. There were two hypotheses that applied to both user studies. First, we expected that performance measures such as time to complete a task or accuracy would be positively correlated with spatial ability, as measured by scores on cognitive assessments for sub-factors of spatial ability. Second, we hypothesized that differences between subjects with low spatial ability and subjects with high spatial ability would be more pronounced with complex tasks and interfaces, such as a map interface or a task to compare ground settings with a map, relative to simpler tasks, such as finding a button that matched a target color or using map software with guidance on how to use the software to execute the task protocol. Each user study also incorporated additional questions unique to the study. Our first user study investigated how the relationship between spatial ability and performance might be affected by the relevance of the button label and alternative button layouts. This research indicated that good button labeling helps to mitigate performance differences among subjects with varying spatial ability. Additionally, we found support that performance differences related to spatial ability were most apparent in complex conditions. The second study investigated whether the association between spatial ability and user performance was affected by offering guidance on performing a task and whether orientation and visualization were dissociable factors for a task involving ground to map comparisons. While there were no benefits found from the guidance, visualization and orientation skills were found to be dissociable from one another for accuracy and tool use. Findings from both studies underscore the importance of interface design in potentially reducing costs and burden for users of map-based software in a small screen computing environment.