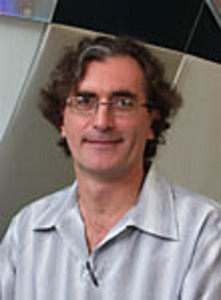 Area of PhD research: Over the last twenty years computer engineers introduced concepts such as "ubiquitous computing", "embodied virtualization" (Weiser, 1991), "embodied interaction" (Harrison and Dourish 1996), "tangible bits" (Ishii and Ulmer, 1997), and "seamful interweaving" (Chalmers and Galani, 2004) in an attempt to describe and explain the increased embedding of computer technology into designed objects and environments, and to emphasize the crucial agency of the human mind and body in Human-Computer Interaction (HCI). Since the mid-1990s the apparent 'dissolving' of computers and sensors into ordinary and extraordinary environments is the focus of research and concern across the humanities, social sciences, and engineering as scholars attempt to understand how HCI influences the psychological, social, economic, aesthetic and ethical context in which we live (Castells, 1996, 1997, 1998; Smith, 2000; Hallnäs and Redström, 2002; Cuff, 2003; Bohn et al., 2004; McCullough, 2004; Hayles, 2005; Grudin, 2006). Examples of how this understanding is being pursued can be found in Hayles' argument that humans have evolved by using their cognitive powers to shape artifacts and technology, which, in turn, have been instrumental in shaping human cognition (Hayles, 1999). She calls this symbiotic relationship between humans and technology a "feedback loop"--new cognitive powers generate new technology, which in turn generate new cognitive resources then used to generate new technology. Coming from an art historical point of view, Summers argues that cognitive "notional operations" (i.e., referring to dimensional relations such as ratios, sizes, etc.) are a consequence of facture, i.e., of the actual making of artifacts. Bringing together insights drawn from working on the development of technology and looking at the social implications of such development, Brown and Duguid (1994) argue that besides the intended use that motivated the development of particular artifacts or of a particular technology, it is their "latent border resources"--resources that lay beyond their original intended uses--that support our shared use of them. Building on a cross-disciplinary discourse, I outline in this dissertation a conceptual outlook--which I call ubiquitous virtuality--to address the changing conditions of HCI in the context of 'smart' technology and pervasive computing. Addressing a condition in which 'smart' tools are interwoven in the material fabric and structure of everyday environments this dissertation explores how new individual and collective subjectivities are being built at the turn of this new millennium by putting together elements drawn from the history, theory and practices of art, architecture, and HCI. A number of archival and field researches situate these elements within the context of 'smart' technology. Activity Theory, an analytical framework that has been proposed to support the study of context in human-computer interaction, is used in an evaluation to help clarify how this cross-disciplinary discourse can be applied to HCI.